I visited the CenSAMM offices in Bedford in the last week of September, and had a couple of fascinating days immersing myself in the world of the Panaceans. I was given a detailed tour of the buildings, gardens and belongings of the women who once lived piously – and playfully – under their formidable prophet “Octavia”.

The complexity and comprehensiveness of their community really impressed me. People in extreme situations do and think extreme things, but it takes a special kind of person to orchestrate such an incredibly complete world in such a short time. I came away wondering what sort of person Octavia must have been, to have brought about such an extraordinary thing.

The story of the Panaceans is strange and detailed and there’s a lot of great stuff on it elsewhere on this website, so I won’t recount it all here, but a few things struck me at the time:

I’ve had a busy month since then – filing a major pitch, organising and hosting a couple of events and speaking at a couple more. But I’ve been thinking about it a lot and feel I have struck on the beginnings of an idea.

I’ve been churning through dozens of ideas to get to this point, so I’m really just sharing the highlights, here. 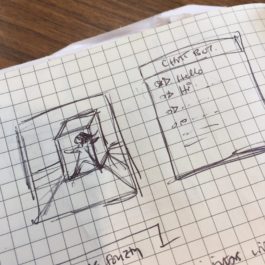 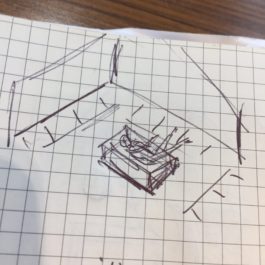 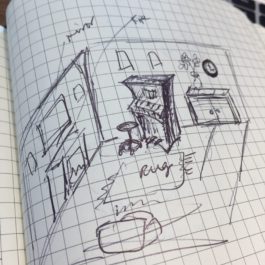 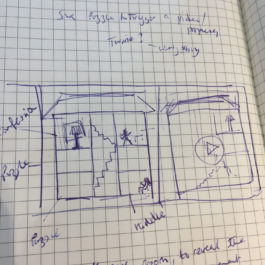 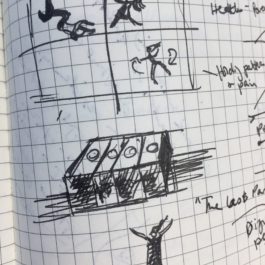 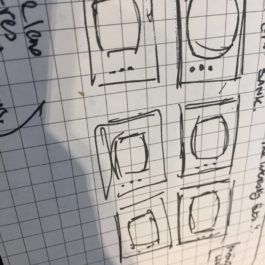 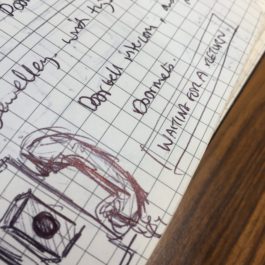 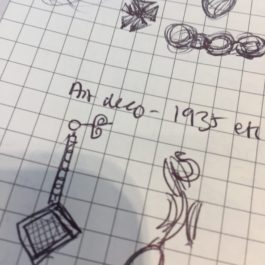 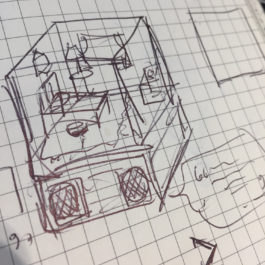 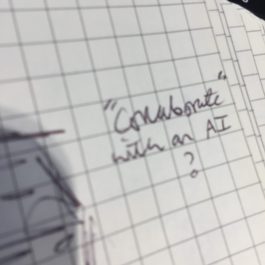 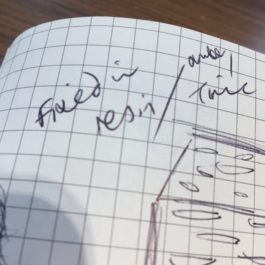 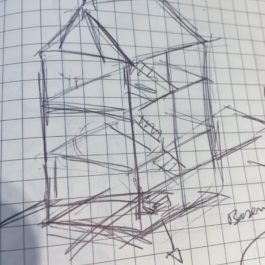 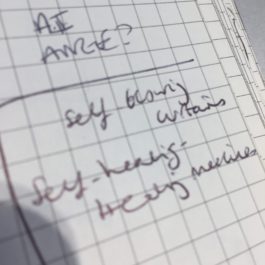 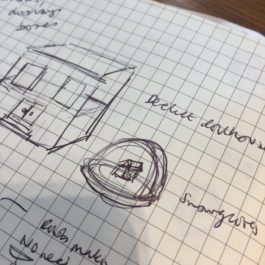 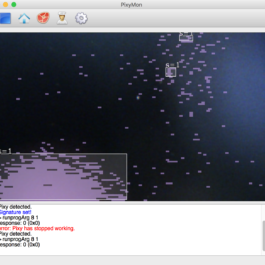 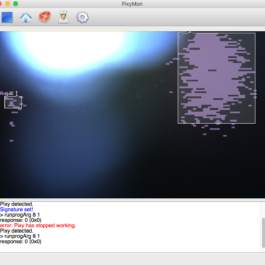 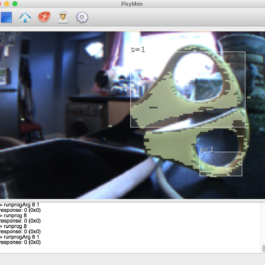 To start with I was thinking about small objects with secrets: jewellery; perhaps lovely little miniature things frozen in resin like fossils in amber. Somehow though, it all felt a bit Etsy. Nothing wrong with Etsy, of course, but crafting is not my strong point. Plus I wanted to include an interactive element, and that line of enquiry hasn’t yet yielded anything that feels quite right.

So, continuing with the idea of miniature worlds, I started thinking about doll’s houses. There’s even a doll’s house in the museum’s storage room, perhaps once belonging to Mabel (Octavia)’s daughter.

I spent a lot of time thinking about how I could make something that people could interact with online, that had a doll’s house feel to it.

That was when I started thinking about putting a diorama under CCTV.

I thought about medical waiting rooms, and dance projections, and boxes, and I still am thinking about those things. I wondered whether we could have a camera that could be operated by visitors to the website from anywhere in the world, at any time of day. A camera that, in some way, revealed things as it was moved around.

I was wondering what sort of camera would be fun to use, and I remembered hearing about the Pixy, a programmable camera unit which can be trained to follow certain colours or shapes. The Pixy is an amazing bit of consumer tech for computer vision – a kind of AI, if you like. It sits in a bracket or on wheels, and has a charmingly lifelike quality to it. 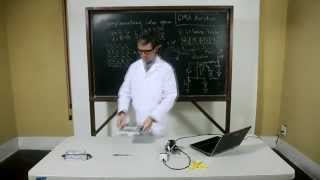 Now, the Pixy’s vision is very computery and not very high res, so its impression of the world doesn’t look too great through our human eyes. But it does follow things like a little animal.

Where else have I seen an interesting little animal?

Without giving much more away, my current thinking is around developing imagery for a colour-tracking camera – imagery that will synchronise with words (and perhaps images), of modern, female, prophets.

Shouldn’t have too trouble finding some modern female prophets. I had quite a response to this, and it’s still going…

Stand by for more updates soon!